Leonardo DiCaprio to play in the remake of "Another Round" 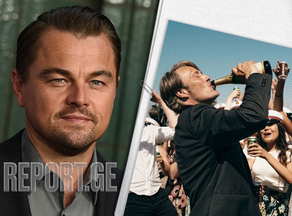 Hollywood actor Leonardo DiCaprio will play in the remake of the Danish movie "Another Round," Deadline reports.

Vinterberg dedicated the film to his daughter, who died in a plane crash, and was supposed to play the lead role. The director said this in a speech of gratitude after receiving the award. Vinterberg will be the producer of the remake.