Man behind the Darth Vader mask dies at 85 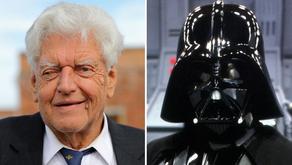 David Prowse, the champion English weightlifter, and bodybuilder who supplied his 6-foot-7 frame — but not the voice or the deep breathing — to portray Darth Vader in the original Star Wars trilogy, died early in the morning on Saturday following a short illness. He was 85.

Prowse's death was confirmed to The Hollywood Reporter by his agent Thomas Bowington on Saturday night.

Bowington Management also shared the news on Twitter, announcing his passing with "great regret and heart-wrenching sadness for us and millions of fans around the world."

Appropriately, the strapping Prowse portrayed the Frankenstein monster in three movies: the James Bond spoof Casino Royale (1967) and, for Hammer Films, The Horror of Frankenstein (1970) and Frankenstein and the Monster From Hell (1974), the last opposite a future Star Wars co-star, Peter Cushing.