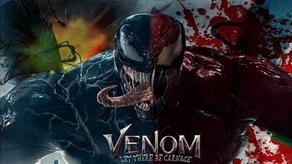 Sony Pictures has released a new trailer for the second part of "Venom."

Tom Hardy will once again play the main character, Eddie Brock, in the film.

Actor Woody Harrelson appears in the new trailer. He will play the role of the main antagonist, Cletus Kasady or Carnage.

The world premiere of the film is scheduled for September 24.

Sony has started work on the second part of "Venom" in January 2019. According to the story, the body of the reporter Eddie Brock, played by the actor Tom Hardy, is possessed by an alien symbiote, which gives him a superpower but makes him do whatever it wants.