People's Artist of Azerbaijan Tarana Muradova is in Georgia 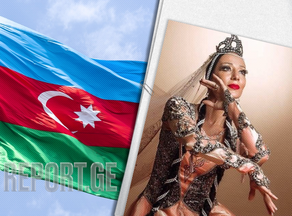 People's Artist of the Republic of Azerbaijan Tarana Muradova is visiting Georgia.

According to him, joint, interesting projects are planned with Muradova.

The second important project concerns the 85th anniversary of Nani Bregvadze. Many large-scale events are planned in connection with it, including the plan to hold a concert of Nani Bregvadze in Azerbaijan. The event will be organized by the representative of the Georgian Chamber of Culture in Azerbaijan, Tarana Muradova, and the local authorities.

The projects are scheduled for September-October, as soon as the halls open, of course, in compliance with regulations. We are dealing with children, and the most important thing is their health," Davit Okitashvili told report.ge.