Screening of Georgian films to be held at Berlin Film Market 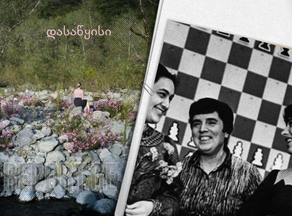 Two Georgian films by Dea Kulumbegashvili, "Beginning" and Tatia Skhirtladze's "Glory to the Queen" will be screened at the Berlin International Film Festival.

"Beginning" is Dea Kulumbegashvili's first full-length film. The film won awards at the San Sebastian and Toronto Film Festivals last year. "Beginning" was sent to the Academy on behalf of Georgia but did not get shortlisted.

"Glory to the Queen" is a documentary film by Tatia Skhirtladze, based on the biography of legendary Georgian chess players - Nona Gaprindashvili, Nana Alexandria, Maia Chiburdanidze, and Nana Ioseliani.

Alexander Koberidze's "What do we see when we look at the sky," which is the first Georgian film to enter the main competition at the Berlin Film Festival since 1993, is fighting for "Golden Bear" at this year's Berlinale.

Another documentary, Salome Jash's "Meekness," is part of the Berlin Film Festival, one of the forum's programs.