Shindisi to be shown in more than 20 countries 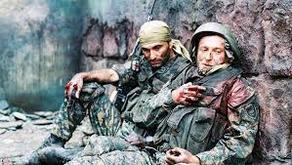 "On August 7 and 8, the feature film Shindisi will be shown in more than 20 countries," the author and producer of the project Edmond Minashvili spreads information about the news.

"All sessions will be free, absolutely free. It is very important for us that the film about the most important event in the recent history of Georgia is seen by as many foreign citizens and emigrants as possible. That was the main purpose of making the film! "History that we must remember," I will provide you with the detailed information about the countries later," Edmond Minashvili writes.

According to him, the film will be shown on Lisi on August 8.

The film by director Dito Tsintsadze, covers the events of August 11, 2008, in the village of Shindisi during an unequal battle between the engineering platoon of the 2nd Infantry Brigade and the Motorized Rifle Squadron of the 58th Russian Army. The idea to make a full-length feature film about the history of the 17 military servicemen who died near the village of Shindi belongs to Edmond Minashvili.