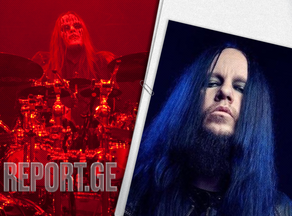 Legendary drummer and one of the founders of the American rock band, Slipknot, Joey Jordison, died, Variety reports.

A 46-year-old musician died in his sleep. The cause of death is unknown.

The funeral ceremony will be held in a closed format.

Grammy-winning metal band Slipknot was formed in 1995. The musicians released their debut album in 1999. The band's second major studio success was Iowa.

The band members are constantly wearing masks at concerts.