The Simpsons will have two more seasons 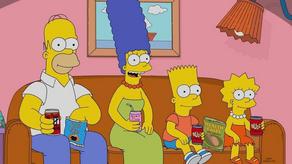 Fox Entertainment has extended the animated series "The Simpsons" for two more seasons.

The animated project is the longest-running American TV series. In total, it will have 34 seasons and 757 episodes.

In 2019, the project authors said that the 32nd season is likely to be the last.

And now even the details of the new series are known.

Homer will finally go bald, Milhouse will replace his glasses with lenses, and Bart will celebrate his 10th birthday for the 33rd time.