The US premiere of Shindisi on November 7 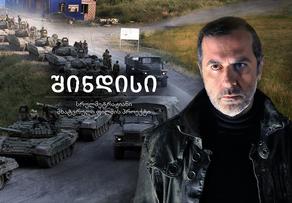 The American premiere of the movie Shindisi will take place on November 7 and 8. According to the film's production team the premiere is planned within the framework of the Asian World Film Festival.

The film was shot by Director Dito Tsintsadze and tells the story of unequal battle between the 2nd Infantry Brigade Engineering Platoon and the Hundred soldiers of the 58th Army in Shindisi in 2008. The author and producer of the project is Edmond Minashvili, actor of Rustaveli Theater. The idea of making a feature film about the history of 17 military servicemen who died near Shindisi village belongs to him.

A few days ago Shindisi won the Grand Price at the Warsaw International Film Festival. Dimitri Tsintsadze was awarded with the Best Director Award at the Festival.