Twins’ sequel in the works with Arnold Schwarzenegger and Danny DeVito 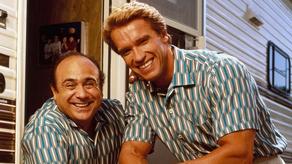 A sequel to Twins is officially in the works, with Danny DeVito and Arnold Schwarzenegger reprising their roles.

The pair will once more play unlikely brothers Vincent and Julian respectively, with Tracy Morgan now on board to play a third long lost sibling in the new film called Triplets.

Ivan Reitman will be returning to direct the sequel, 33 years after the original was released.

“Twins was quite successful, and some years after, this whole thing started with Arnold meeting Eddie Murphy, and the suggestion came from one of them,” Reitman told.

The film was a huge box-office hit, earning USD 216 million.