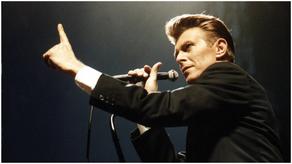 The American company Warner Music has acquired the rights to all the studio albums of the British musician David Bowie. According to Report.ge, Variety reports.

According to sources, the deal totaled more than $ 250 million.

Warner Chappell Music Publishing owns the songs on Bowie's 26 studio albums and songs released after his death on the album Toy, which premieres on January 7.

According to foreign media, the name of the album is Toy. The album was recorded in the United States in the early 2000s and featured little-known, early work by the singer. The album was not released in 2001 due to a conflict with the studio.

In addition, the deal includes two studio albums by Bowie's Tin Machine, as well as several other singles.