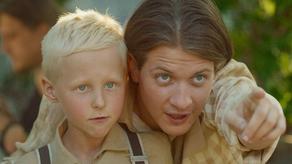 Zaza Urushadze's latest film "Anton" will be released on the big screen in Georgia on July 8.

The film "Anton" is a co-production of three countries - Georgia, Ukraine, and the United States. Filming took place in Ukraine, Germany, and Georgia.

The screenplay was written based on the novel "Anton: A Young Boy, His Friend and the Russian Revolution" by Canadian writer Dale Eisler. The film is about the friendship of boys of German and Jewish origin.

Zaza Urushadze is a laureate of the 29th Warsaw Film Festival, where his film "Tangerines" won the prize in the category for "Best Director." In 2015, this film became the Oscar nominee for Best Foreign Language Film on behalf of Estonia. And in 2016, Urushadze's film won the Gaudí Award for Best European Film.

Zaza Urushadze died at the age of 53 suddenly of a heart attack on December 7 last year.