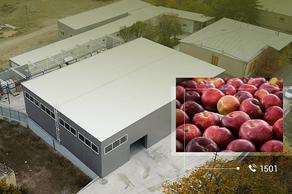 The Agency for Rural and Agricultural Development continues the projects supporting the agricultural sector, including the Cheap Agro Credit program that made funds available for entrepreneurs and farmers.

As reported, the program supported the opening of hundreds of new enterprises.

The projects and programs implemented in 2013-2019 aim to promote the processing industries, storage of agricultural products, and its realization.

As reported by the agency, financial institutions involved in the project issue credits, and 12 banks and three leasing companies engage in the program.

In total, 212 new enterprises opened. One hundred fifty-five of them began functioning as part of Cheap Agro Credit, nine – as part of Produce in Georgia, and 48 – within the framework of the co-sponsorship program for the storing and processing enterprises.