Air communication between Georgia and Saudi Arabia from October 2

Air communication between Georgia and Saudi Arabia from October 2 24 September, 2019  10:41 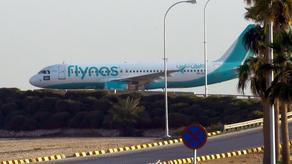 Tourism Administration states that they are conducting a big-scale marketing campaign in Saudi Arabia in close cooperation with the air company.According to the same source of information Georgian party has negotiated the opportunity to shift from seasonal to regular flight schedule.

The negotiations between Mariam Kvrivishvili, the Head of the Georgian National Tourism Administration of the Ministry of Economy and Sustainable Development and Bander Almohanna, CEO of Flynas company, took place in the spring this year.The Ambassador of Georgia to Saudi Arabia was involved in the negotiation.

“Suadi Arabia is an important touristic rout for Georgia as it is distinguished for its rich tourists.National Tourism Administration conducts active marketing campaigns in Saudi Arabia that in turn contributes to awareness raising about the country to encourage the scheduling new additional flights to Georgia.

As a result of the successful marketing campaign and efficient operation of the air company there were +44,6% of additional international visits in the country during the last 8 months.” – said Mariam Kvrivishvili, the Head of Georgian National Tourism Administration.

Air company Fynas is operating in Georgia since 2018.It is the second biggest company in Saudi Arabia accomplishing flights in 35 directions.The company possesses the latest air carriers Airbus A320NEO.The company served more than 40 million passengers starting from the first day of its operations.The figure is growing annually.