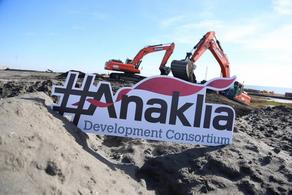 “If the Government agrees on the three issues presented, it will take the project another six months for all negotiations to be completed and case closed. In the next six months, construction should start”, Levan Akhvlediani, the Head of the Anaklia Development Consortium stated.

According to Akhvlediani, it will be possible to receive the first ship within 24 months after the beginning of the second phase of construction.

“We have created important infrastructure and a huge resource around this project, human and financial. Dozens of studies have been conducted covering 10,000 pages. $ 75 million is invested in the project. Generally, port construction takes about 36 months", Akhvlediani said.