Are foreigners taking our jobs? 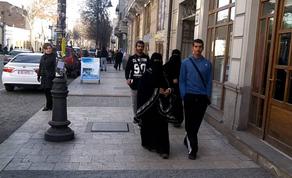 The number of labour immigrants is increasing in Georgia against the current backdrop when the number of our citizens searching jobs abroad is impressive.

Does this mean that foreigners are being employed on Georgian labour market?! According to the data by the Public Service Development Agency, the number of permits for temporary stay for labour has increased lately. The increase is especially noticeable in 2015-16. In this period of time, the number of permits was around twice the number of the same type of permits issued previous years. In 2018, 11, 697 citizens worked in the country with this number being around 300 employees more if compared to the data of the previous year. According to official information, 11 402 people were employed in Georgia in 2017. As for January and July of 2019, according to the 7 month data, 10 573 foreigners work in Georgia, with the citizens from a total of 124 countries being employed here.

Some Georgians consider the current situation uncontrollable: foreigners refuse to pay taxes, are employed in agriculture, in large cities and correspondingly fail to bring significant benefits to the country. Similar conjectures are not supported with arguments since according to the existing statistical date, only 1.1% foreigners employed in Georgia are involved in agricultural sector, with the companies founded by them in this sector bringing a one-billion tax revenues. Report.ge has interviewed the Executive Director of the Center of Migration on this issue. As the director informs, the number of visitors has increased in the country lately, with the control on entering the country having been also toughened.

“The instances when foreigners are refused the opportunity to enter Georgia due to the reason of entering the country being obscure are also frequent. In this case, the only way out from this situation is the court, which will determine whether or not the refusal to enter Georgia is lawful. As for the employment, foreigners are usually self-employed here and are themselves creating employment in the country. The trend when a foreigner attempts to employee his compatriot in his own company also exists, which is why new regulations are being created to regulate the situation. Visa extension refusals to the representatives of Asian countries mainly are also frequent,” says Giorgi Gogishvili.

The labour market mobility in Georgia is regulated by the Law of Georgia on Labour Migration and the Law on Legal Status of Foreign Citizens and Persons without Citizenship, as well as the 70th and other legislative or subordinate normative acts.

According to the Law on Labour Migration, legal foreign residents of Georgia and the citizens of Georgia enjoy equal rights on labour market.

And the claim saying that the Georgian economy is being damaged by foreign immigrants is far-fetched and baseless.

As for Georgians emigrants abroad, according to The National Bank of Georgia, the remittances from Georgians in August 2019 has increased by 7%, amounting to 146 million USD.