Azerbaijan attracts $ 57 billion in investments in the last 10 years 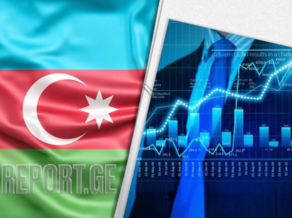 The total cost of production in the industrial zones of Azerbaijan exceeded 4.3 billion manats, the Minister of Economy of Azerbaijan, Mikayil Jabbarov, stated.

According to him, the total volume of investments in industrial zones exceeded 6.1 billion Azerbaijani manats.