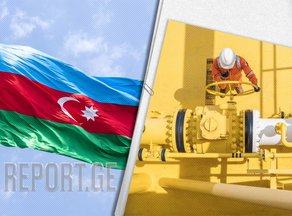 By 2050, Azerbaijan can produce an average of 40 billion cubic meters of natural gas per year. The report of the Gas Exporting Countries Forum (GECF) "Global Gas Outlook 2050" informs.

According to the document, with this indicator, Azerbaijan will take third place in the Eurasian region after Russia and Turkmenistan. The report explains that most of Azerbaijan's natural gas comes from the Shah Deniz and Absheron gas fields located in the offshore zones of the Caspian Sea.

"In 2019, the volume of gas exports from the Eurasian region amounted to 920 billion cubic meters, which is 23 percent of the supply on the world market. In terms of gas exports, this region ranks second in the world after North America. Some 78 percent of all gas exports by the area are provided by Russia, 9 percent - Turkmenistan, 6 percent - Kazakhstan. By 2050, gas production in the Eurasian region will reach 1.3 trillion cubic meters, of which 78 percent will come from Russia and 17 percent from Turkmenistan," reads the document.

The increase in the production and export of Azerbaijani gas "pleases" Georgia as well, as it is a participant, "host" country in the Southern Gas Corridor, as Azerbaijani gas goes to Europe via Georgia.

The Southern Gas Corridor consists of three pipelines - the South Caucasus Pipeline Expansion (SCPX), the Trans-Anatolian Pipeline (TANAP), and the Trans-Adriatic Pipeline (TAP). The corridor supplies natural gas from the Shah Deniz field in Azerbaijan to Turkey and the European Union via Georgia, Turkey, Greece, and Albania. It will serve ten major buyers from 7 EU countries and Turkey.