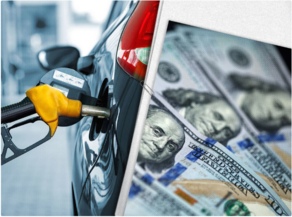 Last year, Georgia imported 342.8 thousand tonnes of gasoline and diesel fuels from Russia, which was 31% of total annual imports (the highest figure in 2020).

The list of other countries that provided Georgia with fuels in 2020 are as follows:

From Azerbaijan, Georgia imports diesel fuel only, and the country is the largest diesel fuel provider in Georgia, the Union of Oil Product Importers of Georgia says.

The obligation to introduce the Euro 5 diesel standard in Georgia will be fulfilled a year later than planned. Georgia has twice rescheduled the introduction of the Euro 5 standards for diesel for a later date. The new standard was set to come into force on 1 January 2020. However, in October of 2020, it was reported that the pandemic thwarted Azerbaijan in implementing the new system, and the government moved the date of realizing its plan to the end of 2021. Accordingly, the Georgian government's new order is now set to be enforced a year later to ensure that Georgia keeps importing Azerbaijan's diesel fuel.

The Georgian Union of Oil Product Importers said in October that if the new diesel standard takes effect in 2021, the Republic of Azerbaijan will be the only country, out of all countries Georgia imports diesel fuel, from which it will no longer be imported to Georgia.

According to the Georgian Union of Oil Product Importers, the state program to stimulate agricultural landowners and stiffened control on diesel smuggling operations have resulted in increased diesel fuel imports from Azerbaijan.

The Union of Oil Product Importers has long suspected that undeclared diesel fuels have been sold in Georgia, and as many as 33,750 liters of diesel fuels were attempted to be smuggled into the country for the last two months.

Attempts to import undeclared diesel fuel from Azerbaijan are especially commonplace. Head of the Union of Oil Product Importers Vano Mtvralishvili explains that the reason why similar attempts are prevalent in Georgia is that in the neighboring country, diesel fuel costs GEL 1.10 while its price amounts to GEL 2 locally.

Georgian Minister of Agriculture Levan Davitashvili said that the SOCAR put the best conditions on the table in an open competition by the ministry, and they decided to involve the company in the program afterward.