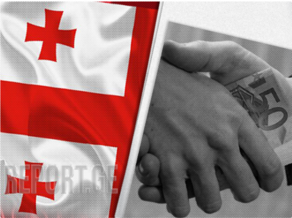 Vamekh Kherkheulidze, one of the startup founders, explains that we are talking about an investor with great financial potential, who has been living for years and owns a large company in America.

Negotiations between the two sides are in an active phase; moreover, an investment agreement is almost reached. However, until a final decision, Kherkheulidze refrains from disclosing other details, saying that it is a commercial secret. He does not reveal the identity of the investor or the scope of the organization. He only tells us that the Azerbaijani investor is the owner of a large American company that is interested in investing money in the production of a fireproof uniform.

"An interesting contact has emerged in Azerbaijan recently. An Azerbaijani investor has appeared from Silicon Valley. I am talking about a powerful investor," said Vamekh Kherkheulidze, co-founder of ELVEN TECHNOLOGIES.

We may soon witness a Georgian startup with American capital investment at Silicon Valley.

As Vamekh Kherkheulidze explains, the fire-resistant firefighter uniform is ready for testing. According to him, today, Georgian startups in France, Australia, Azerbaijan, Uzbekistan, Kazakhstan, Latvia, Colorado, and many other places are recognized for this uniform.

The company plans to start production by the end of 2022.