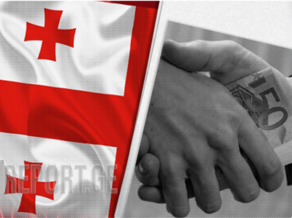 Elven Technologies, the winner of the 2nd round of the Georgian Innovation and Technology Agency (GITA) GEL 650,000 grant program, has signed a grant agreement with the Innovation Agency.

The project aims to create a fire-resistant firefighter uniform.

The Elven Technologies team raised $ 95,000 in parallel with the GITA grant. Eventually, the company closed the first investment round with $ 160,000. Nine investors took part in the round, including the American Technovate, created by Azerbaijani founders.

At this point, the company has completed a prototype of the uniform (pants and jacket).

The existing uniform is only created with a combination of innovative pieces and does not include a cooling system. Without a cooling system, the Elven Technologies uniform increases fire and temperature protection from 8 to 80 seconds while being twice as light as existing uniforms. The investment is planned to be used for testing in the laboratory conditions. After testing, the company will be ready to patent the product and sell the uniforms.

The Georgian Innovation and Technology Agency launched a GEL 650,000 grant program with the World Bank's financial support on May 22, 2019.