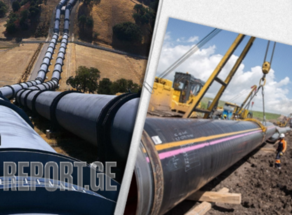 According to the State Statistics Committee of Azerbaijan, 27,480 million tons of oil were transported via Baku-Tbilisi-Ceyhan in January-November, which is 11.3% less than in the same period last year.

During the year, the volume of oil transported from Azerbaijan decreased by 10.5% compared to the same period last year.