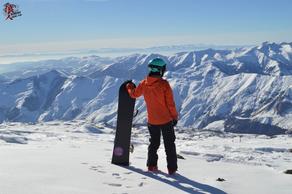 Tamaz Gamtsemlidze, the Head of Mountain Resorts Development Company talked to Report.ge about the winter season. According to him Bakuriani will be prepared better this year than it was in the previous.

"There are new ski lifts in Bakuriani. This is a 6-seat ski lift with the capacity to transport 1600 people, every hour", Gamtsemlidze said, adding that the major infrastructure work in Bakuriani is linked to the 2023 World Ski and Snowboard Championships.

As for Gudauri, Tamaz Gamtsemlidze says that anti-avalanche systems will be placed. Also, from October 5 to October 31 ski lift ticket with discounts will be sold at Tbilisi Mall and Axis Tower.