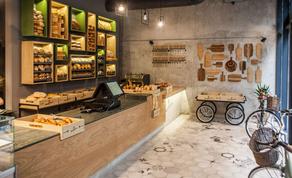 According to Vato Chkhaidze, Director of the company the factory producing bread and cookies is also suspended. The reason for closing down is financial problems faced by the company.

“Problems started with the death of our co-founder, who was the main driving force. We were looking for an investor to develop the business. But eventually negotiations failed”, says Vato Chkhaidze.

Brotmeister announced the sale of the franchise in Baku in 2018. According to the agreement the  enterprise and its five branches should have been opened in the capital city but the Azerbaijani side violated the terms of the negotiation and cooperation between two parties failed.

With the support of the industrial program of the agency Enterprise Georgia, Brotmeister appeared on the Georgian market in 2015 and opened its first branch in summer 2016.