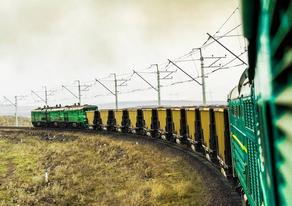 As Azerbaijani Trend news agency reports, the next batch of the Turkmenistan-produced propylene was supplied to Turkey via the BTK railway.

The news agency says it is the third block-train transferring propylene from Turkmenistan to Turkey.

Propylene (C3H6) is a colorless fuel gas with a naturally pungent smell. Although similar to propane, it has a double bond, which gives it a combustion advantage. This fuel gas is extremely flammable and non-toxic. Propylene is obtained during the refining of gasoline.

The Baku-Tbilisi-Kars railway solemnly opened in Baku on October 30, 2017.