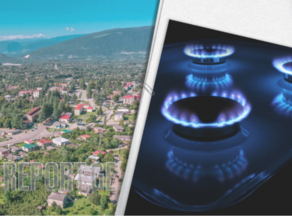 "We all are part of the historic process in which the long-cherished dream of ours and the countries of the region has come true, and the Caspian gas started flowing into Europe," Georgian Minister of Economy Natia Turnava said, adding that the TANAP project has also successfully been implemented, followed by the Trans Adriatic Pipeline.

The minister participated in the online Ministerial Meeting of the Southern Gas Corridor Advisory Council. President of Azerbaijan Ilham Aliyev opened the meeting.

In her speech at the plenary session called Southern Gas Corridor: Achievements and Challenges, Turnava defined the 2021 Ministerial as one of the most successful, as the countries involved in this grandiose regional project may say they have achieved all objectives despite the global pandemic. In Turnava's words, the ongoing talks are now regarding more exciting prospects, e.g., Turkmenistan's involvement in the initiative or efforts carried out by Azerbaijan. "We are also talking regarding the expansion of the corridor, the pipeline network, and the involvement of other European countries, e.g., the Balkans, in the project," she stated.

According to the Chairman of TAP's Board of Directors Murad Heydarov, "the Southern Gas Corridor (SGC) is a pipeline system initially ensuring the delivery of natural gas from Azerbaijan to Georgia, Turkey and different European countries with further expansion prospects and gas transit opportunities to the third countries."

The corridor may also provide the Balkans with the respective services. The operational capacity of the TAP is set to equal 20 bln, while TANAP's will hit 31 bln, with an overall capacity of the South Caucasus pipeline reaching 30 bln cubic meters after the expansion.

Azerbaijan put forward the initiative to create the Southern Gas Corridor. Azerbaijani leader Ilham Aliyev said that they drew up the Energy Map for Eurasia. In his words, Azerbaijan assumed the responsibility of funding the project by building three interconnected 3,500 km pipelines, with this enabling European customers to get Azerbaijani gas. Aliyev stressed this is beneficial for both Europe and Azerbaijan.

In 2021, Azerbaijan's giant Shah Deniz field gas started flowing to the EU. The Southern Gas Corridor (SGC) aims to develop gas supply routes passing through the Southern Caucasus and Turkey to supply gas from the region to Europe. The Georgian PM Giorgi Gakharia defined this fact as a tremendous step forward.

Georgia is a host country in the SGC, with this implying that following the corresponding agreements, Georgia will get the SGC gas at a considerably reduced rate. The options contract enables the country to get around 5% of gas passing through it annually. The deal is valid before 2066. The additional gas purchase and sale agreement is in force until 2026. In accordance with the agreement, Georgia will receive around 500 mln cubic meters of gas annually.