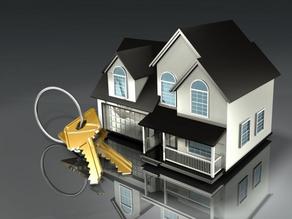 Compared to previous years the construction growth pace is 20% decreased.Despite that bank regulations are favorably updated it does not have noticeable impact on the market.The business sales and the number of people employed in the sector has decreased. According to the data of the last 2 quarters more than 4 thousand people lost their job in the sector.The business losses are justified both by construction business representatives and specialists.According to them the whole cycle was breached as in parallel with the construction business the related branches were indulged to decrease the operations volumes.It could be said that the market is still shocked.

According to the official statistics 4175 people employed in construction business lost their jobs since 2018.Compared to the last quarter of the previous year the sector employs 13 thousand people less.Annually the sector employed 65 thousand people.Compared to other spheres it was distinguished for high salaries.In the period of 2014-2017 the construction business experienced 57% growth.

According to the developers the restrictions implemented by the bank sector negatively affected the construction sector and lowered the sales.

Shota Gujabidze, the Head of IGS Group says that the purchasing power of the population decreased and people no longer purchase the mortgage in the same pace as they did before the new regulations.

The implemented bank and construction regulations as well as the changes in GEL exchange rate was sharply reflected on the market condition.

“The failures need somehow to be eliminated before the new year.Unfortunately, there is no evidence of improved tendency.The standard is changed and it is good but the improved quality will only become noticeable in a few years” – said Gujabidze to Report.ge