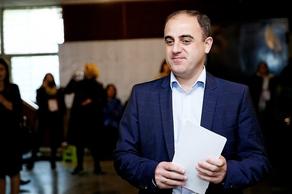 David Narmania, the former Mayor of Tbilisi has been elected as Chairman of the Georgian National Energy and Water Supply Regulatory Commission. Narmania was the only candidate for the position.

Parliament had to make legislative changes to elect the GNERC Chairman because initially Narmania's candidacy for approval, in agreement with the government was presented by President Salome Zurabishvili. While voting on the plenary session, Khatuna Gogorishvili, a member of the European Georgia said that under the current constitution, the President could only nominate a candidate for membership, not for the Chairman’s position. Consequently, the Parliament legislative amendments were passed which made the members of the GNCC Commission vote on their own and have the Chairman with majority of votes.