E-cigarettes may be banned in Georgia 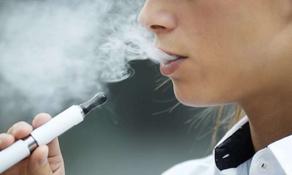 E-cigarettes deemed to be a less dangerous nicotine source have enjoyed popularity in Georgia. Advertisements and commercials have repeatedly featured them as harmless, and they were permitted in non-smoking areas.

In Georgia, new smoking regulations have already been implemented, with e-cigarettes being subjected to the same controlling mechanisms as a traditional cigarette. However, these regulations may prove insufficient since healthcare organizations of different countries have defined the e-cigarette as lethal.

In around 50 countries throughout the world, e-cigarettes have already been banned. American multinational retail corporation Walmart refuses to sell e-cigarettes to protect the public’s health.

The Tobacco Control Alliance considers the existing smoking regulations insufficient; as its representative informed The Report.ge News Agency, they have already submitted the request on banning e-cigarettes in Georgia with the legislative body.

“We are keeping an eye on world developments and know how harmful e-cigarettes are. We manage a social media group and try to inform public on its harmful effects. Various research has shown that a 20-year-old e-cigarette consumer’s lungs aren’t in anyway different from an octogenarian’s lungs,” declared Giorgi Magradze and added that a great number of countries banned this fatal threat, and they expect Georgia to follow their lead.