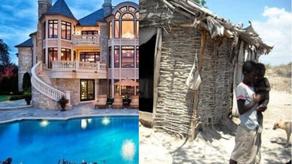 The Public Service Development Agency informs that in 2019, birth rate has exceeded death rate by 4 per cent, whereas according to the three-month data, births have exceeded deaths by 23 per cent.

According to the Agency, despite Georgia not being among the countries with the highest birth rates, as the data prove, birth rate has considerably and stably exceeded mortality rate over years.

Economists and financers focus on the link between people’s demographic and economic conditions and stress that buoyant economy is a prerequisite for increased births.