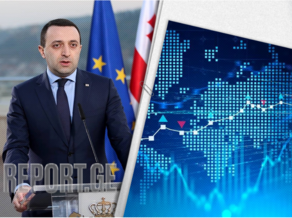 According to her, several important directions will be discussed.

"We will have several important economic issues to discuss. First of all, there are the Black Sea outbound routes and our better connections with European ports. Today, we have some ferry routes, but that is not enough to make better trade with the EU, which is our largest trading partner today. The second direction is complete assimilation of the selection of new product groups in the EU market, which we will jointly help to enter the EU market," Turnava stated.