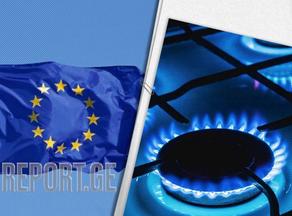 European natural gas prices declined to around $1,050 as mild and windy weather will provide some relief to the region’s strained energy system.

Warm temperatures at the start of the heating season will cushion the impact of lower supplies from Russia, while liquefied natural gas cargoes are also diverting to Asia. Wind turbines in both the U.K. and Germany are poised to produce more electricity than ever on Thursday.

“Starting from November, with each month that is warmer than normal, the global gas balances will ease marginally, helping to unwind a large portion of the recent rally in both gas and oil prices,” JP Morgan Chase & Co. said in a note.

Temperatures in northwest Europe are forecast much above seasonal norms until Thursday, and will largely be above or near normal levels through the end of November, according to a forecast by The Weather Co. on Bloomberg.

German wind output is forecast to exceed 52 gigawatts on Thursday, while the U.K. farms may generate more than 17 gigawatts, according to Bloomberg Models.

In the U.K., forecast gas demand for Tuesday is below the five-year average, while wind is supplying nearly a third of power generation, with the share of gas at 39%, according to National Grid data.