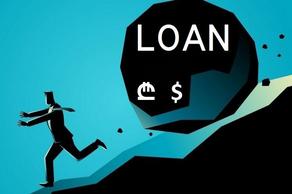 Along with the increase in the refinancing rate the Public and Banks have been looking at loans with variable interest rates.

From August 1 to September 1, the number of loans extended increased by 4400 and the total sum increased from 5045 million to 5310 million GEL.

2800 variable rate interest rate loans are issued the specific purpose of which is unknown. The total volume of these loans is GEL 71.607 million.