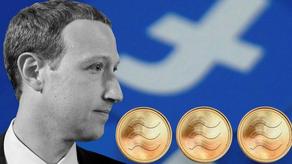 Facebook’s Libra cryptocurrency is readying to launch as early as January, the Financial Times reported on Friday, citing three unidentified people involved in the project.

As Reuters reports, the Geneva-based Libra Association, which will issue and govern Libra plans to launch a single digital coin backed by the dollar, the FT said, citing one of the people.

The move would represent an even bigger scaling-back of the project’s ambitions than that proposed in April in response to a regulatory and political backlash against the project.