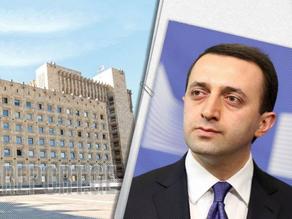 Georgian Prime Minister Irakli Gharibashvili said in his statement at the Administration of the Government of Georgia that Georgia would get the financial assistance of EUR 483 mln from France.

At the Administration of the Government of Georgia, the Georgian side and The French Development Agency (AFD) signed the Agreement on the Implementation of the 2021-2023 Cooperation Program.

In the PM's words, out of the entire amount, EUR 33 mln is a grant to be given to the Georgian government. According to him, the government has cooperated with the FDA perfectly well since 2017 when it opened its regional office in Georgia.