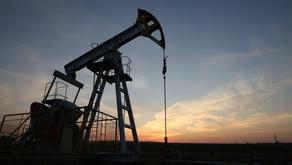 As Eurasianet rapporteur Joshua Kucera writes in his article “U.S. lawmakers call to investigate Georgian government's Russian ties,’’ the allegations by the Frontera lobbyists are not taken very seriously outside Georgia’s opposition, “but they are taking on new life after Tbilisi terminated its contract with an American energy company.’’

„After the Georgian government won a case in international arbitration against a scofflaw American oil company, the company’s supporters in Congress have accused the ruling party in Tbilisi of doing Russia’s bidding,“ reads the article.

Four members of congress, including Senator Ted Cruz, wrote a letter on May 15 asking Secretary of State Mike Pompeo and Treasury Secretary Steven Mnuchin to investigate “Georgian ties to American hostile rivals and enemies, which are coming at the expense of our geostrategic and business interests.”

In particular, it accused the government of laxity in promoting U.S. sanctions against Iran and the chairman of the ruling Georgian Dream party, Bidzina Ivanishvili, of having ties to the Russian government.

“The allegations of Russian influence on Ivanishvili are widely believed among opponents of the Georgian government, though they have not been substantiated and are generally dismissed by diplomats dealing with Tbilisi. The Georgian Dream government, which took power in 2012, has not been quite as demonstratively anti-Russian as its predecessor, led by the United National Movement. But it has, if anything, strengthened Georgia’s ties with the U.S. during its time in power, overseeing a large increase in military cooperation and enshrining the country’s NATO and EU aspirations in the constitution,” the article says.

U.S. lawmakers call to investigate Georgian government's Russian ties https://t.co/JRXl48SioT The allegations are not taken very seriously outside Georgia's opposition, but they are taking on new life after Tbilisi terminated its contract with an American energy company. pic.twitter.com/RpmPYqWZhl

Following the article, nevertheless, the Russian puppet conspiracy theories have gotten new life in Washington following Tbilisi’s decision to take legal action against Frontera Resources, a Texas energy company that has been working in Georgia since the 1990s.

„In December, it emerged that the Georgian government was pursuing international arbitration against Frontera for failing to fulfill its contract obligations. In April, the government said that the arbitrators had ruled in its favor (though Frontera disputed this interpretation) and terminated the contract. The company, meanwhile, had not been paying workers for months,“ the article says.

“Frontera and its supporters in Congress responded by accusing Tbilisi of opposing the company because it is American,” Joshua Kucera writes.