Gakharia and Ivanishvili maintain the same views on employment growth 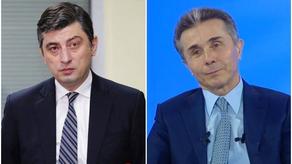 ‘We should realize that creation of jobs for our countries inside and outside the country is the most important priority,’ Georgian PM Giorgi Gakharia said at the meeting with diplomatic corps.

‘We have said many times that creation of jobs, education and safety [of our citizens] will be our challenges in the nearest future.These are the issues of priority the diplomatic corps must actively work on,’ he said.

To note, the employment views elaborated by Gakharia was presented to the public by Bidzina Ivanishvili, head of the Georgian Dream ruling party.

Ivanishvili pledged assistance and support to the Georgian citizens to find seasonal jobs in Germany.

According to him a special team signing respective contracts with the developed European states has been created.