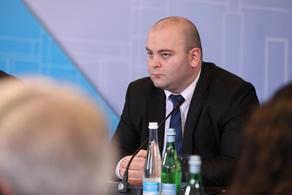 “This is not the right misinterpretation, on the other hand this is another attempt to present a distorted reality to the public”, Beka Liluashvili, the Adviser of the Prime Minister of Georgia on Economic Affairs, said in a statement to Badri Japaridze, one of the leaders of the public movement Lelo.

According to Beka Liluashvili, Gross Domestic Product (GDP) per person in the country has increased by almost 40% compared to 2012, and according to the International Monetary Fund (IMF), this number will increase by 28% over the next four years.

Badri Japaridze, one of the leaders of the public movement Lelo, said that from 2013 to 2019, GDP per person has not increased.