GEL 18 million to be spent on Gardabani infrastructure 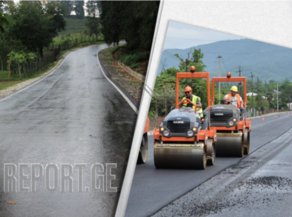 Renewal of regions begins in Georgia. A special commission set up under the new state program "Renewed Regions" initiated by the Prime Minister has already selected facilities for urban renewal in Imereti and Racha. Until the end of the week, the sessions of the commission will be held in Guria, Samegrelo, and Adjara. The program includes the renovation of the buildings and road infrastructure in Gardabani.

According to the Mayor of Gardabani Municipality, Ramaz Budaghashvili, he appreciates the program and says that this initiative will help the region develop large-scale infrastructure works. He said 99% of the roads in the district would be repaired this year. A tender with a budget of GEL half million has been announced for the arrangement of outdoor lighting. GEL 18 million will be spent from the local budget on Gardabani infrastructure works. According to Budaghashvili, works are being carried out in the region so that the whole district will have an uninterrupted, 24-hour water supply next year.

"The local budget is not enough to implement large-scale infrastructure projects. There was no water at all in the nine villages of Gardabani. There was not even an internal network. The 16 million project is nearly completed, and the 6 million project will start soon," said Budaghashvili.