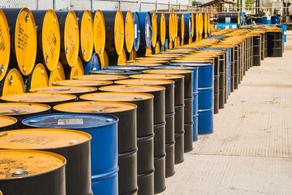 The coronavirus-caused crisis affected the Georgian market of oil products, as the country considerably reduced both imports and consumption.

As Director of Georgia's Union of Oil Importers Vano Mtvralashvili says, the reduction in petrol import was caused by the restrictions imposed due to the novel coronavirus.

"Traffic considerably declined in April 2020. Besides, quarantine, the closure of cities, and the suspension of economic activity affected the oil market," Vano Mtvralashvili said, adding the oil consumption also decreased.

As Mtvralashvili says, oil prices have risen across the world; namely, on the London Stock Exchange, the oil cost $35 per barrel, is the highest price in April 2020.

"I do not expect any basic changes in May; however, the agreement of the OPEC + countries on the reduction of oil production has enforced, and it will provide certain outcomes. The epidemic observes recession; many countries are slowly lifting economic restrictions that will affect prices. It is still difficult to say whether import will increase in Georgia," Mtvralashvili says.

"It is difficult to predict future happenings," Mtvralashvili stated.