Georgia Has a Historic Chance of Getting an Investment Rating

Georgia Has a Historic Chance of Getting an Investment Rating 16 September, 2019  15:42 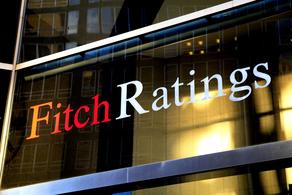 Georgia has a historic chance to get an investment rating in 2022. This means more jobs, more investment, prosperity, more stability, cheap money for our entrepreneurs, halved interest rates for our country and our population - states Mamuka Bakhtadze on his Facebook page.

According to him, in the global economy the country either has an investment rating (the practical prospect of getting it), or it remains a “slow walker” with bad reputation. Using any other indicator by politicians to produce or evaluate economic policy in the country is a mistake and a deception of the public. The ex-Prime Minister emphasizes that the only valid measurement of economic progress in the 21st century is investment rating.

Ex-prime Minister emphasized that one of the major contributors to economy is tourism being in its active phase is a good opportunity for further reduction and minimization of the deficiency in current account.

Bakhtadze is pleased that despite the increase of number of tourists and correspondingly the demand for products, it has been possible to reduce the trade deficit in agricultural products from US $ 900 million to US $ 300 million. According to Bakhtadze there is a possibility to overcome this deficit by 2020. Ex-prime Minister is convinced that by the time the risks associated with ostoma ferruginea will be minimized.