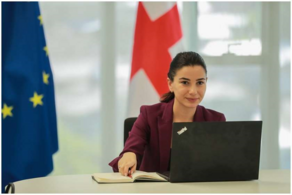 The parties discussed the creation of safe corridors and collaboration between the countries.

''Negotiations are underway efficiently and rapidly. We are grateful for Georgia's evaluation as a safe tourist destination,'' Mariam Kvrivishvili said.

Georgian Ambassador Lasha Zhvania says that Israel plans to resume tourist routes with eight countries, including Georgia, being one of the first.

''Two countries should exchange data on epidemics and trends. Afterward, they should adjust their regulations and conclude an agreement,' Zhvania said.