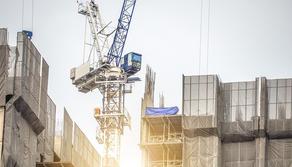 Georgia plans to make decisions within the framework of the anti-crisis plan to support the construction sector via subsidizing the interest rates on mortgages.

Georgian Prime Minister Giorgi Gakharia stated that the government would partially subsidize the interest on mortgages for five years for every Georgian citizen.

"It is a vital step that will allow our citizens to implement their decisions to improve living conditions despite the economic crisis,'' Georgian Prime Minister Giorgi Gakharia remarked.

"Besides, all the steps and measures to stimulate the construction sector aim the well-being of 25,000 people who have mortgage loans. It means that all suspended construction projects will be completed,'' Gakharia said.

"The government will take care of all this," PM Gakharia stated.