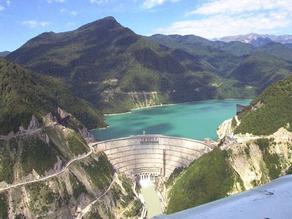 Provision of electricity to the breakaway region of Abkhazia depletes the budget of Georgia by 90 million USD annually. 100% electricity by the Enguri Dam is received by Russian bases, local enterprises and criptocurrency farms free of charge. The occupied region consumes 3 times the amount of electricity than the rest of Georgia. However, in winter, the entire territory is without electricity, whereas Georgia’s energy dependence is regularly increasing.

It can be concluded that the main electric power station of Georgia functions for separatists only. Electricity generated by the Enguri Dam is appropriated by Abkhazians entirely, whereas Georgia needs expensive imports and similarly expensive power stations to provide itself with a half of required electricity. The situation is immensely bad, with the country having increased electricity import by 215% in 2 years only.

The Georgian Government does not plan to change the existing situation; Natia Turnava, the Minister of Economy and Sustainable Development announced several months earlier that the Enguri Dam electrical system has always served as a tool uniting Georgia.

“The Enguri Dam is our national treasure; for many years, the Enguri Hydropower Plant has supplied entire Georgia and the occupied region of Abkhazia with electricity. This is one of the remained resources that unites us with our Abkhazian brothers and sisters, and this resource needs to be taken care of,” states the Minister.