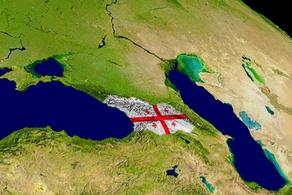 ''Through the epidemic, Georgia shortly mobilized in the healthcare field,'' the Atlantico edition writes on Georgia in its article ''The Reasonable Neighborhood of the EU.''

The article author Bruno Alomar says that the European nations show a lack of enthusiasm, and the UK left the EU, while Georgia still aspires to the European Union.

The article stresses that the Georgian government expresses a wish to become a EU member.

Under the article, the Black Sea is of geostrategic importance, being just at the door of the EU.

Following the article, the evidence shows that in August 2016, the geostrategic importance of the Black Sea laid a foundation of the so-called 'Three Sea Initiative' (including the Adriatic, Baltic and Black seas) to limit the Russian influence on 12 member states, against the background of Washington's consent, and collaborate in the energy and transport fields.

The EU stopped talks with China and the US on the Comphrenesive Trade Agreement. However, Brussels should remember it has Free Trade Agreement with Georgia, allowing both signatories to engage in close economic cooperation, reads the article, adding that Georgia managed to mobilize in healthcare during the epidemic in an unimaginably short period.

Bruno Alomar says that Georgia can pride in its achievements, as the situation has substantially improved in the last years in the country.