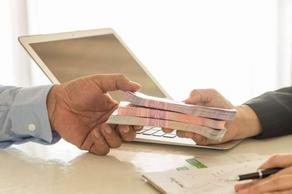 The government of Georgia has extended the registration term for those who remained unemployed for the coronavirus pandemic.

As Georgian Prime Minister George Gakharia says, the registration deadline will be extended again if needed.

"As you know, the registration deadline has expired, but the government has decided to extend it until August 1 for those who were late or failed to collect the required documents. Today, the first and most important task, in addition to combating the epidemic, is to help our citizens whose income has decreased or even disappeared due to the crisis," Gakharia says.

In his words, as of today, 121,719 self-employed citizens and more than 129,000 officially employed people have received compensation from the government.

The government of Georgia presented an anti-crisis plan that provides financial assistance to both individuals and legal entities.

Officially employed people who lost their jobs during the crisis or were sent on unpaid leave will receive 200 GEL per month for six months.

Self-employed citizens who have lost their  income due to the crisis will receive one-time aid in the amount of 300 GEL.

Self-employed persons who worked on seasonal work abroad will also receive a one-time compensation of 300 GEL.