Georgia's flag will appear on the Euraxess platform 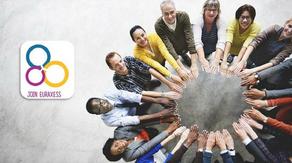 Following Georgia's accession to the EU Research and Innovation Organization, the Euraxess Representative Euraxess Georgia is being established.

From February 2020 on the platform of Euraxess  the flag of Georgia will appear, where the information will be placed about ongoing projects and competitions announced by Georgian higher education institutions and scientific-research institutes. Georgian scientists will also have direct access to scientific funds and multimillion-dollar research projects of over 40 member states, including the Horizon 2020 program and its subprograms. European Commission has allocated a grant of € 200,000 for integration into the platform.

In addition Georgian scientists will be able to engage in the development of Horizin-Europe's scientific policy which will improve the results and quality of their research in the future.

The portal Euraxess Georgia will be published in Georgian, English and Abkhazian languages. This means that Abkhazian scientists will be able to participate in large-scale international projects on behalf of Georgia.