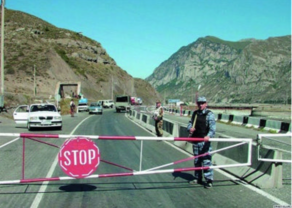 In Gakharia's words, the government cannot decide on the opening of land borders 'hastily.'

He says land borders are open only for the movement of Georgian citizens and international cargo transportation.

"We control the health of all truck drivers for 72 hours while they are in the country. The control is underway quite effectively, but we still do not plan to open land borders fully," Prime Minister Giorgi Gakharia said.