Georgia to get 2.518 bln gas from Azerbaijan 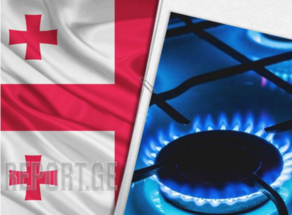 Georgia will get 508.7 bln m³ of additional gas from the Shah Deniz gas field in 2021 and optional gas in the amount of 505.96 bln m³, with this implying that the volume of gas from the Southern Gas Corridor to Georgia will increase by 126 bln m³ if compared to that of 2020.

In the current year, Georgia will get a total of 2.518 bln m³ of natural gas from Azerbaijan: 1.014 bln from Shah Deniz and 1.504 from the SOCAR. Additionally, Georgia will purchase 200 m³ of gas from Russia. The local gas extraction is also increasing (estimated at 11.08 mln m³).

PM Gakharia also stressed that if Georgia has so far been a transit country of regional significance, it has now become an international actor: the gas passing through its territory will play a crucial role in diversifying the European Union's energy markets.

Georgia is a host country in the Southern Gas Corridor (SGC), with this implying that Georgia will get the SGC gas at a considerably reduced rate. The options contract enables the country to get around 5% of gas passing through it annually. The deal is valid before 2066. The additional gas purchase and sale agreement is in force until 2026. In accordance with the agreement, Georgia will receive around 500 mln cubic meters of gas annually.

On the invitation of the President of Turkey, Georgian Prime Minister Giorgi Gakharia, together with Recep Tayyip Erdogan and Azerbaijani President Ilham Aliyev, participated in the inauguration ceremony of the Trans-Anatolian Natural Gas Pipeline project last year.