Georgia will supply Armenia and Azerbaijan 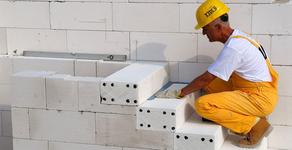 Within the framework of the joint project of the Partnership Fund, Georgian company Archi Group and German company Xella Group, will start production of high energy-efficient gas-blocks in Georgia  from the end of 2019. The investment of the project is USD 15 million. The enterprise is located near Lilo district. Construction works are completed and the enterprise is in the process of equipping. The information was provided to Report.ge by the Partnership Fund.

According to Nino Cholokashvili, Head of the Investment Department of the Partnership Fund, the Ytong block will save customers 20-30% of the energy needed to heat or cool buildings. According to her, the enterprise will produce 160,000 cubic meters of concrete blocks annually, depending on the capacity of the production, some of which will be sold locally and some will be exported.

"These are energy efficient blocks that are produced in 90 countries all around the world. Georgia will also get on track of the world trend by the end of the year. These blocks are produced by the green technology. The enterprise will open later this year. And in the beginning the enterprise will work on local sales. From January-February 2020, the Georgian Green Block will be launched in Armenia and Azerbaijan. German company Xsella usually only licenses the companies working in the energy-efficient block industry but the company was attracted by the local market and investment environment so much that they decided to become the partner and invested their own capital in the enterprise. The company owns an energy-efficient power plant in Turkey as well, but the company only supplies Turkey. The green block produced here will meet the demand of the Azerbaijani and Armenian markets as well as Georgian”.